The Monterey Five are heading back to the screen for Season 2 of HBO’s wildly successful Big Little Lies this month. Coming off of last season’s shocking ending (don’t worry, no spoilers here), fans are anxiously awaiting to see what will come of their favorite ladies as the drama unfolds starting on June 9th. As the premiere nears, HBO wanted to tap into the buzz from Season 1 and re-engage fans with a powerful experience that embodied key themes from the show: women empowerment, friendship, and music.

Music is a consistent force throughout the show. From The Temptations’ “Papa Was a Rolling Stone” to Martha Wainwright’s “Bloody Mother F–king Asshole”, the soundtrack was perfectly curated to captivate viewers, shape plotlines, and fuel some of the biggest Big Little Lies’ moments. Because of music’s primary role in the series, it only made sense for Pandora to help promote the new season and drive viewership.

And just like the show, this is no ordinary activation. We worked hand-in-hand with HBO on an out-of-the-box campaign that would tap into fans’ love of the characters and music.

Now, back to our opening question: which member of the Monterey Five are you most like? Not only did we create an interactive quiz that matches listeners to a Big Little Lies character, but we curated corresponding music stations that represents that character’s personality, music taste, and vibe. Take the quiz yourself. 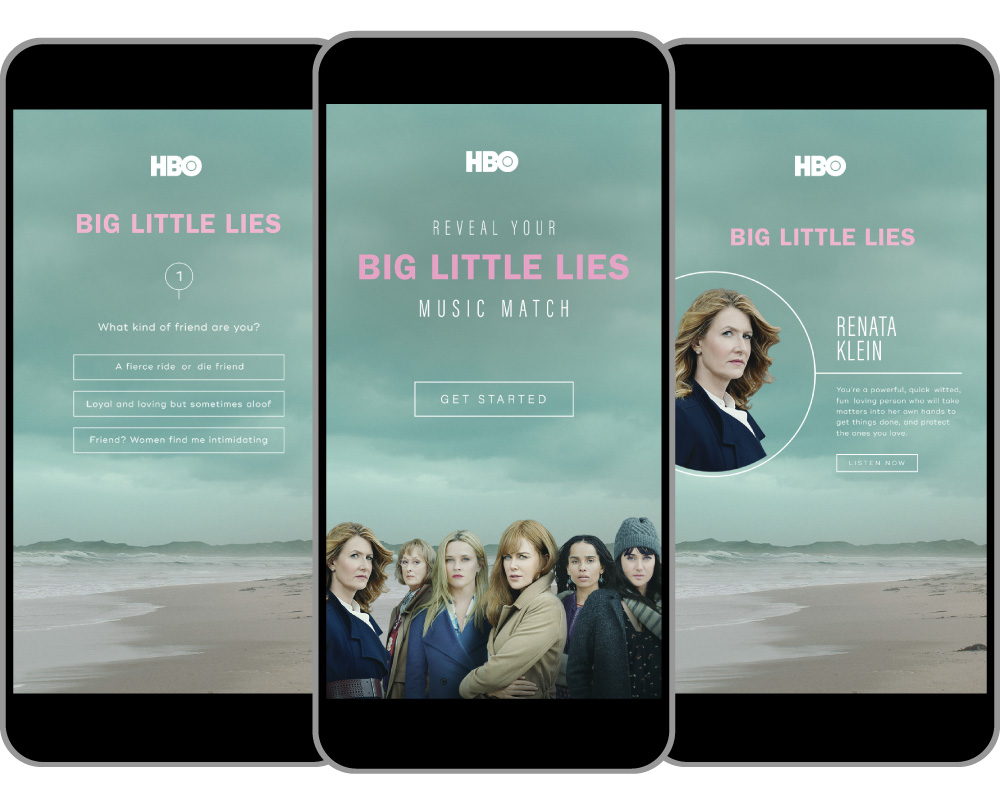 The custom quiz reaches HBO’s target audience on Pandora and also includes a custom destination off-platform for additional program extension and reach. Once listeners are in the stations, they’re greeted with an audio message that gives more detail about the character, and then the music begins with limited interruptions. All character stations give HBO 100% share of voice to drive awareness and tune-in of the new season.

When it comes to advertising on Pandora, the options are endless. We work with you to create custom activations that are unlike any other campaign—combining the best of audio and digital to captivate consumers.

Ready to brainstorm? Reach out to your dedicated salesperson or contact us here.