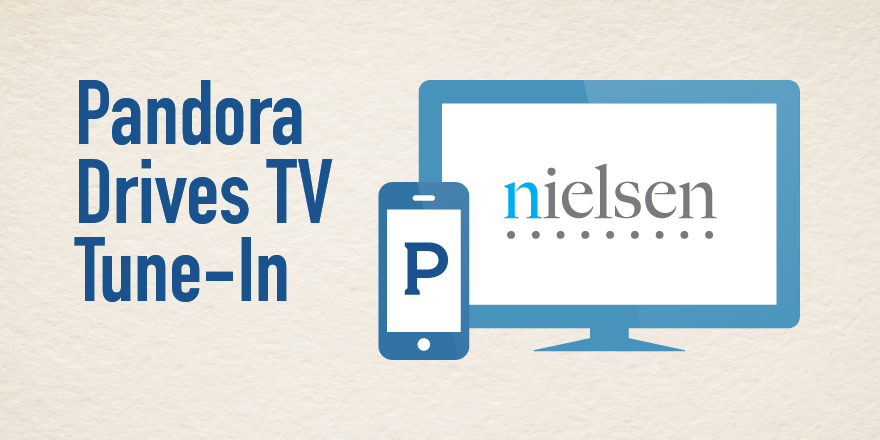 Fall TV premiere season is a fantastic time for viewers (we can’t wait to see you again, Olivia Pope!) but can be a challenging time for advertisers, as target audiences are bombarded with innumerable entertainment options and ways to watch. In today’s cluttered media landscape, it is especially important for entertainment marketers to break through with impactful advertising that both captures attention and drives quality viewership.

Last fall, we got a preview into how the right advertising solutions can help entertainment brands make an impact during premiere season. One of the major national broadcast networks turned to Pandora to drive tune-in for their primetime fall and midseason premieres. By utilizing a mix of attention-based solutions like audio, video and display cross-platform, with a heavy-up on mobile, and participation in Pandora’s beta of Sponsored Listening, this TV network sought to engage and convert as many adults ages 18-49 as possible.

The Nielsen results showed significant impact on the metrics entertainment marketers care about most. Among the network’s target audience, those exposed to advertising on Pandora delivered 35% higher tune-in reach and 71% higher ratings overall for the promoted TV shows.

But it wasn’t just previous fans of the network who were watching. Nielsen found that viewership increased at a higher rate among the exposed group regardless of prior network viewing habits. Most notably, among Light and Moderate Network Viewers, Nielsen discovered that exposure to the Pandora campaign helped double show ratings.

Not only were ratings significantly influenced by ad exposure, but the ads also contributed to more time spent with the network, one of the initial goals for the campaign. According to Nielsen, once the target audiences tuned-in they tended to stay for longer, spending 34% more time viewing the promoted programs than the unexposed group.

In today’s cluttered entertainment landscape, competition for potential viewers’ attention is greater than ever. But by partnering with publishers who offer attention-based advertising solutions, like audio and display, that capture attention, entertainment brands have ways to engage quality audiences and generate meaningful results for their campaigns.

From the get-go, Pandora has thoughtfully architected our suite of ad products on engagement, where every impression is served when we know the listener is interacting with the service (such as thumbing up a song, switching stations, etc.). This is the approach we’ve taken to redefine “engagement” in a connected world as “captured attention.” We believe that creating opportunities for consumers to spend quality time with a brand is the only way to build a community of true brand loyalists. In a challenging advertising environment, like fall TV premiere season, utilizing solutions that capture the attention of your target audience is critical.

To learn more about the results of this study, as well as Pandora’s attention-based media solutions, contact our entertainment team.