Welcome to our Monthly Podcast Roundup—our monthly check-in on hot opportunities for advertisers.

According to the 2020 U.S. census, the Latino or Hispanic population has grown 23% since 2010, and in the podcast space, they are the fastest growing audience segment, having sextupled in size since 2010. Needless to say, this rapidly-expanding demographic is not going anywhere, nor is the demand for great Spanish-language content.

As we celebrate Hispanic Heritage Month, we’re excited to highlight our new partnership with Pitaya, a podcast network hailed by HOLA! as launching “a new era in Latino podcasts.” With six stand-out titles, Pitaya has produced a highly-curated selection of podcasts that span a wide variety of genres. With 6.5 million followers across social media, beauty queen, TV star, entrepreneur, and mother Ana Patricia Gámez has built a devoted following with her magnetic personality and disarming honesty. And now, the former winner of Univision’s hit reality beauty pageant Nuestra Belleza Latina is leveraging her extensive hosting experience for the Spanish-language lifestyle podcast, “Sin Filtro.” Here, she shares her unfiltered thoughts about a range of topics related to family life, professional success, and beauty advice for an audience of millennial women. 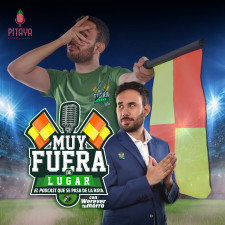 YouTube star Gabriel Montiel Gutiérrez, better known as Werevertumorro, is one of the biggest YouTube stars in the world. His YouTube channel boasts over 19 million subscribers and his videos have over 2.7 billion views. So, we can anticipate that a wide audience of gen z and millennial men will flock to “Muy Fuera de Lugar,” Gabriel’s new podcast that gives an uncensored look into the world of sports through interviews with players, coaches, and controversial characters. Every week Gabriel tells stories from the world of sports that no one else dares to talk about. With 8 million followers across social, TV star and actress Alejandra Espinoza has accumulated a loyal following of young women. Meanwhile, her sister Damaris Jimenez is a life coach specializing in women’s personal development. Fittingly, the two have joined forces to co-host an upbeat, Spanish-language self-improvement podcast that draws from their rich life experiences and Damaris’ professional training. Every week the two sisters have intimate and insightful conversations about personal growth. The result is a candid and inspiring show, filled with moving anecdotes and useful advice about how to be the best version of yourself. 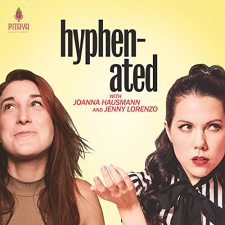 Joanna is a Venezuelan-American comedian who became a breakout star on Univision's bilingual digital platform Flama. Her viral videos have over 70 million views online and her bi-weekly YouTube series, “Joanna Rants,” has over 50 million views and an international fan club. In the same vein, Jenny Lorenzo is a Cuban-American comedian whose YouTube sketches have garnered over 25 million views. She is also one of the founders of Pero Like, Buzzfeed’s Latinx vertical, which has over 1.3 million YouTube subscribers. Together, these two comedy powerhouses co-host an English-language podcast about living in the hyphen that connects American and Latin culture. Every week, Joanna and Jenny have hilarious and thought-provoking conversations about the particularities of being bicultural. 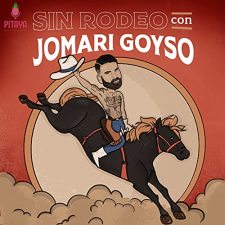 Hailing from La Rioja, Spain, renowned fashion and beauty expert Jomari Goyso has built an impeccable reputation working with A-list celebrities such as Kim Kardashian, Kendall and Kylie Jenner, Penélope Cruz, Salma Hayek, Morgan Freeman, and Celine Dion. And now, he’s bringing his expertise to the masses via “Sin Rodeo,” a Spanish-language podcast of free-ranging conversations with celebrities, friends, and lifestyle experts. Every week, Jomari and his guests motivate listeners to think outside the box in a manner that is “sin rodeo” or “point-blank.” The son of legendary actor Eugenio Derbez and telenovela star Victoria Ruffo, José Eduardo is Mexican entertainment royalty. He has appeared in numerous films and TV shows, including the Amazon Prime hit reality series “De Viaje con los Derbez” and “Terapia de Shock" on Unicable. He has over four million followers on social media and a breakout YouTube channel with over one million subscribers and nearly 50 million video views. And now, in “El Pedcast,” he’s holding uproariously funny interviews with colorful characters who have quirky jobs and interests. From night club bouncers and strippers to comedians and celebrities, José Eduardo’s mischievous charm guarantees irreverent and amusing Spanish-language conversations.

Interested in advertising on any of the above? Or learning more about the SXM Media podcast network? Let us  know in the chatbot or contact us here.

The WTF-Does-That-Mean Everything Directory to Podcast Advertising