Touchdown! How to Win During the Big Game

Pandora listeners are getting ready for the Big Game

It's finally here: the New England Patriots are about to face off with the Los Angeles Rams in Atlanta. Now is the time to start planning for America’s next favorite holiday, the BIG GAME! For some, that means tuning into a really great football game; for others, it's a really great excuse to throw an awesome party.

According to National Retail Federation’s (NRF) annual Super Bowl Spending Survey, 45 million people hosted a party at home and 69 million people attended a Big Game party last year. For Consumer Packaged Good brands, the Big Game is one of the most influential days of the year to drive sales, as party hostesses and attendees spend over $15.3 billion on Big Game related necessities to cheer on their favorite team. 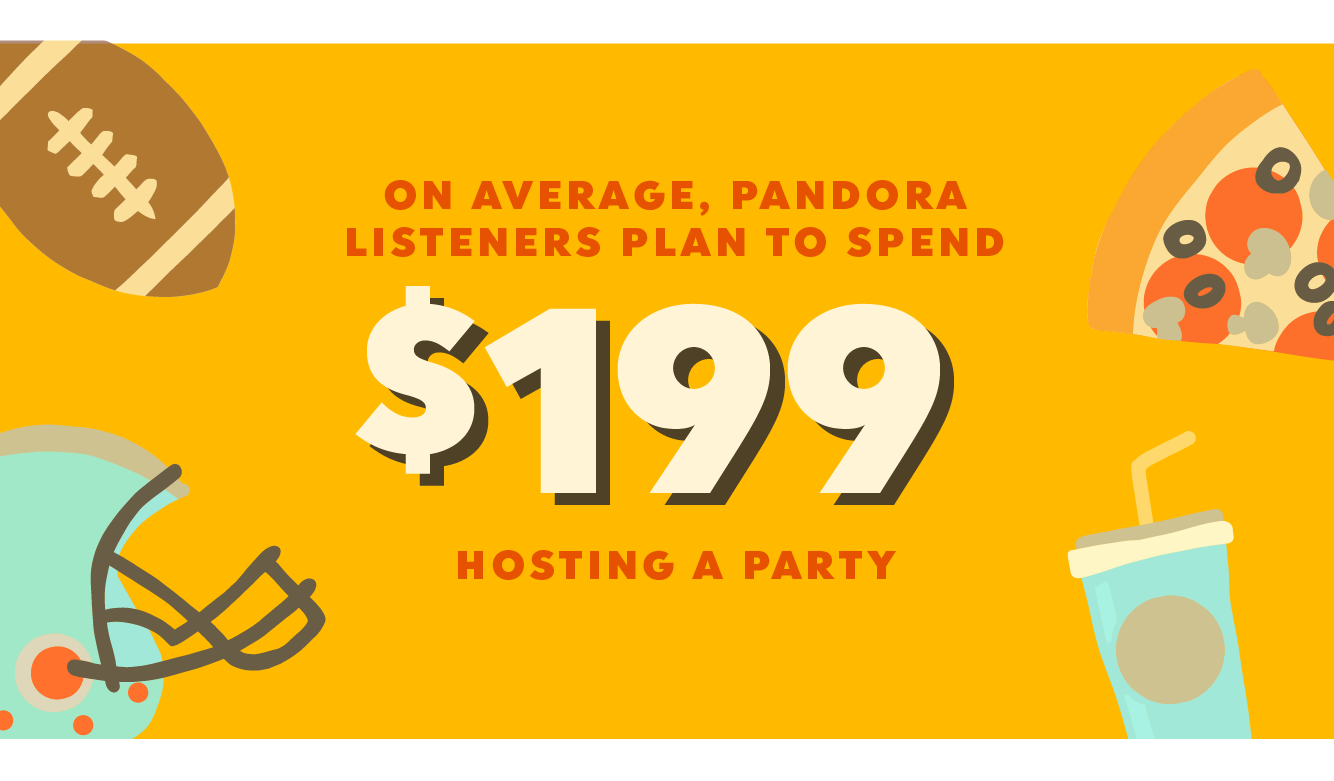 So as Big Game party shoppers stock up on all their favorite items like deli dips and spreads, salty snacks, and beverages, we wanted to understand how Pandora listeners go the distance in hosting a Big Game bash that guests will be cheering about until next season’s opening day kickoff. We turned to Soundboard, our 50,000 person listener panel , to find out. Here’s what we learned:

98% of Pandora listeners have self-identified themselves as a NFL Super Fan, catching 12 or more regular season NFL games. And when it came to watching the Big Game, 3 in 4 Pandora listeners tuned in, ranking it as the #1 sporting event watched above all other major sporting games surveyed.1

In addition, we found that 62% of Pandora listeners agreed that they wanted to “wow their party guests” and 47% agree they like to “try new food ideas” for those attending their Big Game party.2

Getting on the Big Game shopping list requires CPG brands to understand how your customer plans for these parties.

Pandora helps CPG Brands Suit Up for the Big Game

Whether its preparing for the upcoming Big Game or any other major TV viewing sporting event, CPG brands can win the attention of CPG shoppers on Pandora. Through our suite of premium audio and visual solutions, CPG brands are certain to meet your campaign goals. Hone in on Pandora’s robust first and third party audience data to reach your brand’s most value buyer segments, at scale.

Learn more about Pandora's Big Game winning strategies by contacting your Pandora sales representative or reaching out to us online.