Jo Piazza is a writer, podcaster, and award-winning journalist who’s been diving into topics about everything from powerful women to engagement rings and nuns to Silicon Valley bro culture. Pandora caught up with her to talk podcasting before it was cool, her satire-turned-real life election book, about why we need to talk about what happens after weddings. 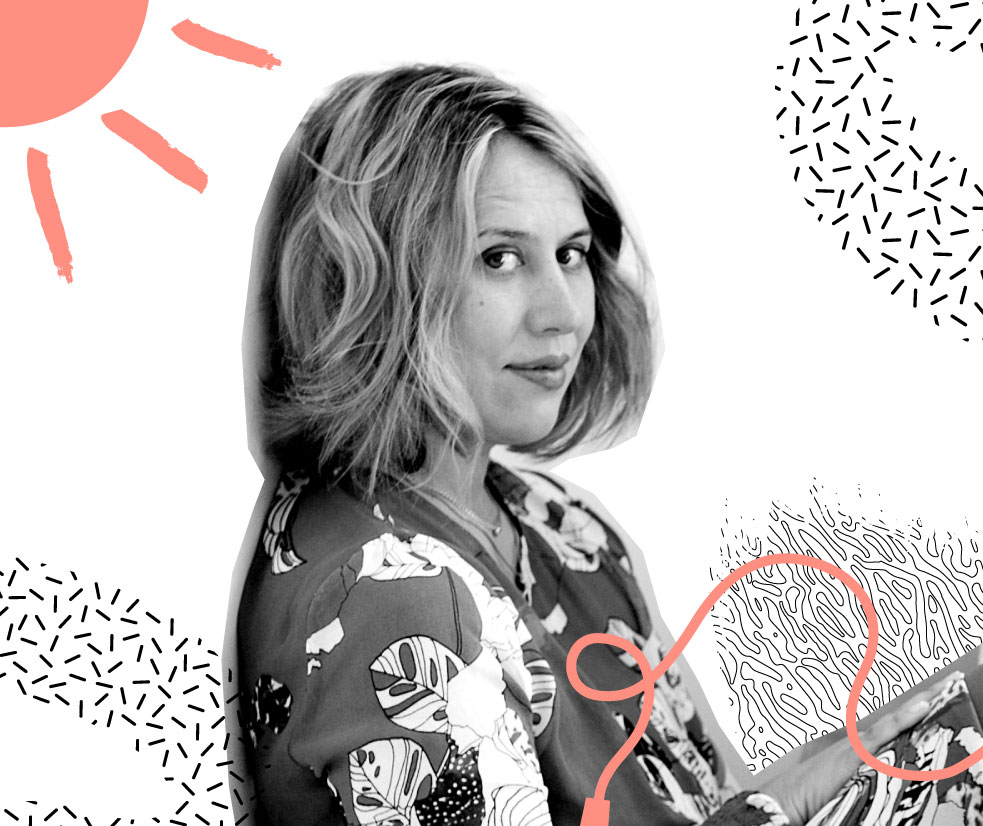 You’ve been a writer for a long time and now have two podcasts. Tell us about your journey—what made you get into podcasting? I love podcasts...always have, even before they got trendy and everyone, including my hairdresser had a podcast. I’ve been a journalist since college. That’s more than 20 years now which is insane to me, but it’s true. I worked for newspapers and magazines and then the Internet version of both those things. I worked at giant digital media companies and little digital media companies and along the way I got exhausted by the way the Internet began to erode good journalism and killed the careers of so many incredible journalists, many of whom I count as friends.

I love good storytelling more than anything, good storytelling backed by even better journalism. So when How Stuff Works approached me a few years ago and asked me which ones of my books I thought would make a good podcast I was more than game. We worked together to find a way to turn my book How to Be Married into a narrative story-telling podcast about commitment and marriage, one that you would enjoy listening to even if you weren’t married, even if you thought commitment was for losers. And from there we crafted Committed which was the first podcast I created, executive produced and hosted.

Why is it so important for women’s voices to be in the podcasting space right now? Men’s voices dominated audio from the very beginning of radio, so much so that men’s voices became the default voices of authority in audio. Thankfully that is starting to change. We need to hear all people’s voices and perspectives in podcasts right now, but I am biased towards hearing and promoting women’s voices because they have been neglected for so long. Women tell stories differently than men, not better, but differently and I think that we connect to listeners in a different way.

Your latest book is about ambitious women, especially as they’re in the spotlight running for a political office. Where do you find the inspiration for characters that readers resonate with? I’ve been a journalist forever and because of that my fiction almost always reflects reality. I just can’t help it. I was inspired to write Charlotte Walsh Likes to Win during the 2016 election. The book was originally a satire about what it takes for a woman to run for office. Satire felt like the only way to capture the absurdity. But then the election went a different way than a lot of us expected and I realized it was more important to write a character-driven novel that truly showcased an ambitious human being who happens to be a woman running for office in America. We can’t vote for what we can’t see or imagine. In writing Charlotte Walsh I wanted to give readers a glimpse behind the scenes so they could empathize with just how fucking hard it is to be an ambitious woman in the world today and give them a character that they felt a kinship with that they would remember when they go back to the polls in 2020.

You write a lot about relationships—the good, the bad, and everything in between. What do marriages and relationships look like for women in today’s world? I started writing a lot about relationships when I realized that we didn’t have enough good writing out there about the parts of relationships that happen after the engagement and the wedding. Every romantic comedy ever ends with the proposal or the wedding and we never get into the nitty gritty of the actual marriage. That’s where the good stuff actually happens! The good stuff, the bad stuff and the really interesting stuff. That’s where the best stories come from. We need stories (now more than ever) to show us different ways to live and to be and to get through relationships.

What are the differences for you between writing and podcast, and what do you enjoy or find advantages in with each medium? I approach the podcasts a lot like long form writing. In the beginning podcast script writing was really tricky for me. It was like developing a new muscle. I was so used to writing newspaper and magazine articles and even books, but podcasting felt so daunting. I like to say this over and over again because I talk to a lot of women just starting out in podcasting and they’re often surprised at how hard it is at the beginning. It’s completely normal for it to be hard. If it’s hard that means you’re putting in the work to make it good.

What are you currently reading, watching, and listening to? I just started Homecooking with Samin Nostrat and I love it. It inspired me to finally cook beans. I think about cooking beans a lot, but I never do it so this was a strangely big deal. I’ll let you know how it goes.

As for books, I started quarantine re-reading the Flowers in the Attic series by VC Andrews and I had completely forgotten how fucked up it is. Wow. I can’t believe I read that when I was 11. Now I’m tearing through some new fiction, Pretty Things, All Adults Here, Big Summer, Writers and Lovers and Friends and Strangers….all by women.

I have started and stopped watching a lot of shows in quarantine. The bar feels higher for me now when it should maybe actually be lower. I started Plot Against America and Hunters and just couldn’t get into them. Next on my list—Run and Mrs. America.

What advice would you give other women who want to start a podcast? Take a breath and think about it. There are a lot of podcasts out there and what we need more of are good podcasts. So I tell everyone, women and men, to take a beat before launching a podcast and really think about how to make it something unique and useful.

And then once you think of that unique and useful thing just go out and fucking make it. Make it even if you haven’t sold it yet because you also don’t know what a podcast is or what it sounds like until you actually start putting it together. Committed took us four months to nail, Fierce, nearly a year.

How will you Pass the Mic? As much as I can I’ve been trying to hire young and hungry women producers that we can train up to become the power house executive producers of the future. Our latest podcast, Fierce was created in collaboration with the Tribeca Film Festival. We had an almost all female production team on that project and it was an incredible experience. I cannot say enough amazing things about Anna Stumpf, my executive producer. Anna is the kind of person that you want to produce your life. She took this podcast to the next level and I want to work with her on everything for the rest of my life.

Listen to Jo Piazza’s podcasts here and follow Pass the Mic for more women in audio!