It’s hard to discuss Black History Month without mentioning the incredible and lasting impact that black artists have had on music. In many parts of the world — including and especially the United States — music history, past and present, has been influenced by traditions and techniques first developed by black musicians. We have both early and modern innovators to thank for genres like jazz, blues, rock, R&B, hip-hop, gospel and even country.

In fact, 75% of Pandora’s Black listeners say that music is core to their culture.[1] Music has been and remains today a powerful medium to not only unite, but to inform and bring attention to social movements over hundreds of years.

How Brands Can Tap Into Into The Power of Music Storytelling

Black-Americans in the U.S. are young, connected, and culturally oriented. More than half the Black population (51%) in the US is under the age of 35, compared to 46% of the total US population.[2] Black-Americans tend to be early adopters of technology and  in many ways have revolutionized social media engagement. They have elevated social platforms to more than just a source of communication and entertainment, using hashtags to raise awareness of social issues that matter to their community.

Any company that wants to connect with the Black-American audience would need to pay attention to the social and cultural trends that affect them. A recent Pandora study found 71% of Black-Americans expect brands to speak on issues that matter to their community,[3] a trend that doesn’t start and end with the Black population. In fact, 90% of Americans say they're more likely to trust and stay loyal to companies that actively try to make a difference,[4] and 47% of millennials would be willing to pay more for products that support social causes.[5] But while some of the world’s biggest brands are putting a stake in the ground on social issues, many haven’t figured out the rhythm of when to speak up and when to stay silent. Fortunately for brands, they can tap into the power of music to express the that which can’t be said.

Brands who incorporate music into their strategies are seen favorably by Black audiences, and in fact, 81% of Black Americans say brands could be more relevant in their marketing by featuring music they listen to.[3]

So, in honor of Black History Month, we're taking a look at a few of the Black social movements happening today and the music that highlights the spirit behind them. Take a look: 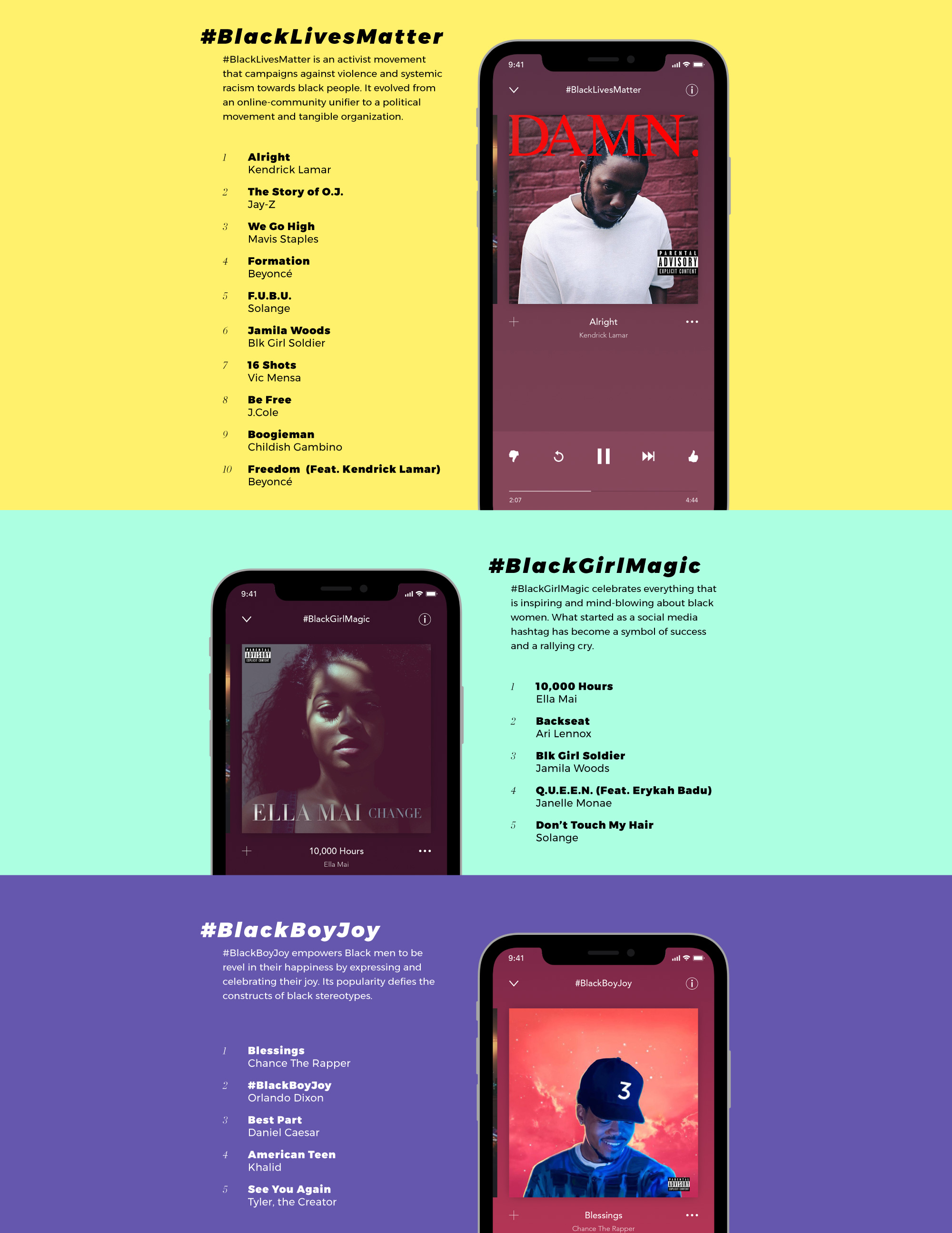 To learn even more about how your brand can reach and connect with this important audience, download our whitepaper, The Advertiser’s Guide to Multicultural Audiences. It includes the key insights marketers need to know for reaching not just Black-Americans, but also Hispanics and Asian-Americans.